We, at Grass Root Essential Products, would like to thank ALL service men and women for their dedication and sacrifices so that we may continue to enjoy our freedoms!!!

Serving your country is a privilege in itself, and receiving a Medal of Honor for that service is quite a big achievement. National Medal of Honor Day is commemorated to recognize all those who have earned the award.

The Medal of Honor is often believed to be the highest award that a member of the armed forces can get. Created in the 1861, the Medal of Honor may only be presented by the U.S. President, in the name of the Congress, to  U.S. military personnel.

Since then, over 3,500 Medals of Honor have been awarded to military personnel who have gone “above and beyond the call of duty.” And on March 25 each year, we celebrate those whose valiant efforts to serve the country have earned them the prestigious award.

On this day, let’s have a look at some interesting facts about the Medal of Honor and some of its recipients. Courtesy — National Day Calendar, Military Benefits, Home of Heroes, WETA and History.

·         Before the Medal of Honor, there were other similar awards, such as the Fidelity Medallion, George Washington’s Bade of Military Merit, and the Medal of Valor.

·         A previous law signed by President George W. Bush imposed a punishment for falsely claiming to have a Medal of Honor, but the Supreme Court was struck it down in 2012, citing violations on freedom of speech.

·         There are versions of the Medal of Honor for the Army, Navy and the Air Force. Marine Corps and Coast Guard personnel receive the Navy version.

·         The first Medals of Honor were awarded by Secretary of War, Edwin Stanton, to Army Pvt. Jacob Parrot and five others on March 25, 1863. They were the six “Andrew Raiders” who volunteered their service during an American Civil War raid in 1862.

·         Dr. Mary Edwards Walker is the only female Medal of Honor recipient. The award, which was presented to her by President Andrew Johnson in 1865, was revoked but was later restored in 1977, long after her death.

·         There is another woman whose name is on the back of the Medal of Honor. Jay R. Vargas, who was a Marine Captain at the time, asked his mother’s name to be engraved at the back of his award and added to the roll as she died even before it was presented to him.

·         The youngest Medal of Honor Recipient was Willie Johnston, who was 11 years old when he enlisted in the Union Army with his father. He was 13 when he was granted the award.

·         President Theodore Roosevelt is the only president to have been awarded the Medal of Honor. It was posthumously awarded to him in 2001.

·         There are several double Medal of Honor recipients.

·         Part of the benefits of being in the Medal of Honor “Honor Roll” are increased military retirement pay, military burial honors and being eligible to be interred at Arlington National Cemetery.

Should CBD become a part of your wellness routine in these troubling times?

Cannabis is a complex plant with more than 400 chemical compounds, but the two most prevalent cannabinoids are tetrahydrocannabinol, or THC, and cannabidiol, or CBD — and they’re the compounds responsible for raising cannabis’ profile in the medical community.  While THC is the compound that has psychoactive properties and gives the euphoria or high that people experience, CBD — its nonpsychoactive sister, so to speak — has emerged as a shining star — without the mind-altering potential of THC.

CBD is found in both hemp and marijuana, both of which are varieties of the Cannabis sativa plant. The cannabis plant has two main subspecies, Cannabis indica and Cannabis sativa. But while hemp has been selectively bred to remove the cannabinoid THC almost entirely, the marijuana variety can contain up to 30% THC, according to Dr. June Chin, author of “Cannabis and CBD for Health and Wellness.” She has integrated medical cannabis in her practice for the past 19 years and is an advocate for better understanding of the science and medicine of cannabis. 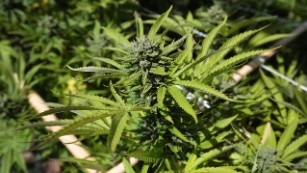 In 2019, the Farm Bill made it legal to grow hemp in the United States and legal to sell hemp-derived CBD products grown in the US as well as abroad, as long as the hemp plants and hemp-derived products contain less than 0.3 percent of THC per dry weight. However, the bill does not cover CBD derived from marijuana, even if THC is removed.
Unlike hemp-derived CBD, which is sold over the counter, CBD derived from marijuana requires a doctor’s prescription and is sold at regulated, licensed dispensaries (depending on your state laws) and used for specific conditions, according to Chin.

Cannabis: the state of the science

Cannabis used for medical purposes (i.e., CBD-derived from marijuana) has achieved some well-deserved notoriety, with therapeutic applications ranging from the treatment of nausea associated with chemotherapy to easing muscle spasms related to multiple sclerosis, among others.
Potential therapeutic benefits of CBD, both hemp- and marijuana-derived, include reducing pain and inflammation, decreasing anxiety and aiding sleep, according to Chin, who has extensive experience in the application of CBD and cannabis across a spectrum of pathologies.
Anxiety and stress relief, in fact, are the most common reasons that people turn to cannabis, according to a survey involving nearly 8,000 users of the plant.
CBD calms the nervous system by working on the neurotransmitters regulating nerve cells in our brain, called GABA receptors, Chin explained. “It tells your body it’s time to power down — so there is a relaxation component.” This can be extremely helpful during stressful times when someone might experience heightened anxiety levels, like during the coronavirus pandemic, Chin added.

Anxiety relief in the time of Covid-19

Indeed, a more recent survey looking at consumer attitudes and behavior during Covid-19’s enforced “social distancing” revealed that people have been turning to cannabis and CBD as a way to cope with the Covid-19 pandemic. Specifically, among the general population, 10% are using cannabis, and 5% are using CBD.
Just last week, researchers warned of a rise of anxiety and “coping responses” during the pandemic, and called for better monitoring of mental health as part of the global response to the pandemic.  People living with coronavirus-related anxiety due to fear of one’s health or the health of loved ones, isolation, entrapment from quarantining, a disrupted routine, or simply uncertainty of the future might turn to CBD as a useful tool to get them through this difficult time. Of course, the trauma of health care workers on the front lines is another aspect of the pandemic calling for anxiety and pain relief, where CBD may be a welcome lifestyle intervention.
“Health-care workers [who] are working long shifts are finding CBD helpful for restorative sleep and on their days off using it for pain and inflammation — from being on their feet all day, [and having] low back pain and neck pain,” Chin said in an email.
“CBD can also help with panic attacks and insomnia as the prevalence of depression and PTSD mounts in response to this pandemic,” Chin added.
Studies have also revealed that CBD may be a compound of choice for those struggling with drug addiction, and it may even have the potential to help opioid addicts avoid a relapse through reducing craving and anxiety, according to study author Dr. Yasmin Hurd, a neuroscientist at the Addiction Institute at Mount Sinai (AIMS) in New York.

DISCLAIMER: These statements have not been evaluated by the FDA and are not intended to diagnose, treat or cure any disease. Always check with your physician before starting any program. Links to any external informational websites or publicly accessible videos are provided solely as a service to our users. The links provide additional information that may be useful or interesting and have no direct affiliation with GRASS Root Essential Products, Inc. Please view our full Terms Of Use Agreement for more information and the terms and conditions governing your use of this site. GRASS Root Essential Products Inc. does not sell or distribute any products that are in violation of the United States Controlled Substances Act (US CSA). All information presented here is not meant as a substitute for or alternative to information from health care practitioners. Please consult your health care professional about potential interactions or other possible complications before using any product. The Federal Food, Drug and Cosmetic Act requires this notice. PLEASE NOTE: THE MATERIAL ON THIS SITE IS PROVIDED FOR INFORMATIONAL PURPOSES ONLY AND IS NOT MEDICAL ADVICE. ALWAYS CONSULT YOUR PHYSICIAN BEFORE BEGINNING ANY DIET OR EXERCISE PROGRAM.